Panos Megarchiotis is a guitarist from Greece, based in Zurich, Switzerland. He began attending guitar lessons at the age of 9 with Giorgos Papaioannou, in his hometown Trikala. From 2006 to 2009 he studied with Gerhard Reichenbach at the State Conservatory of Thessaloniki in Greece and he obtained the Guitar Diplome. Under the guidance of Elena Papandreou, while attending her classes, he was accepted at the Zurich University of Arts (ZHdK), where he continued his studies in guitar with Prof. Anders Miolin and completed two Master Degrees in Music Performance and Music Pedagogy.

He has studied Musicology at the University of Fine Arts in Thessaloniki. He has attended Harmony classes with Ioannis Aggelakis and Counterpoint classes with Vassilis Kitsos and acquired the respective degrees from Municipal Conservatory of Trikala and Philipos Nakas Conservatory.

In 2010 he was introduced to the Alexander Technique, when he met Christos Noulis, in Thessaloniki. Since then the technique has played a very important role in his life and performance. Presently, he attends classes with Catherine Anne Harry in Lucerne, Switzerland.

His repertoire is very wide and extends from Renessaince to Contemporary music. In 2014 he premiered Karin Wetzel’s piece Amorphose II for guitar and live electronics. More performances of the piece followed, including performances at “Tage Neuer Musik” in Weimar, Germany and “Archipel” in Geneve. He has also participated in important contemporary music projects organised by ZHdK, such as Arc ‘n’ ciel and the “Musik aus Südamerika. Werke von Flo Menezes und Germán Toro-Pérez” where he performed “Quaderno” for marimba, guitar and live electronics by Flo Menezes.

His interest in chamber music repertoire revealed his love for arranging and transcribing music for guitar and different instruments. In 2016 he created the ensemble “Revision” in order to perform his arrangements of famous songs and pieces by composers such as M. Chatzidakis, L. Cohen, G. Varsamakis and others. He is a member of “Duo Non Verba” (Flute-Guitar) and “Duo Sul Tasto” (Cello-Guitar) and has numerous collaborations with other instrumentalists. 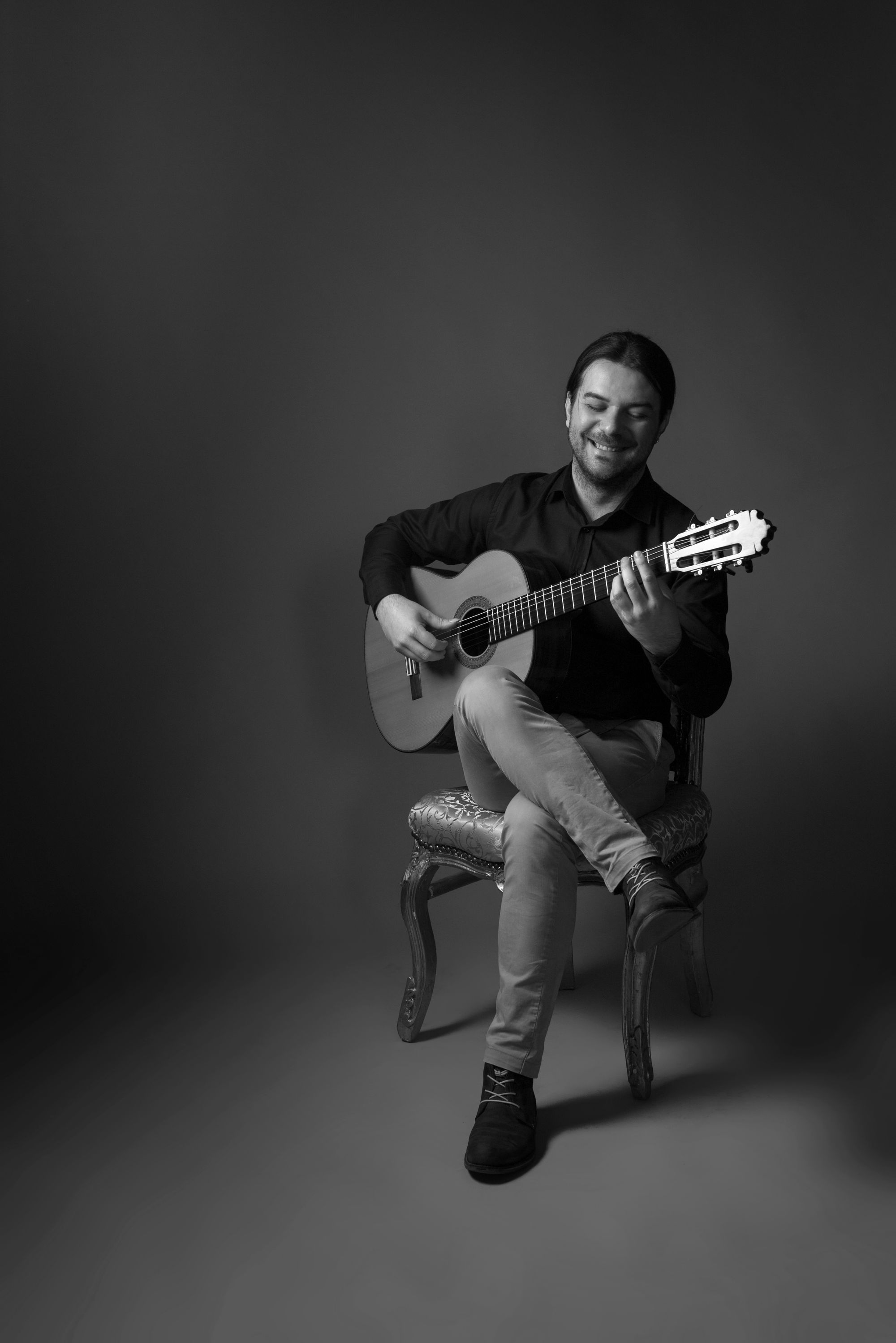